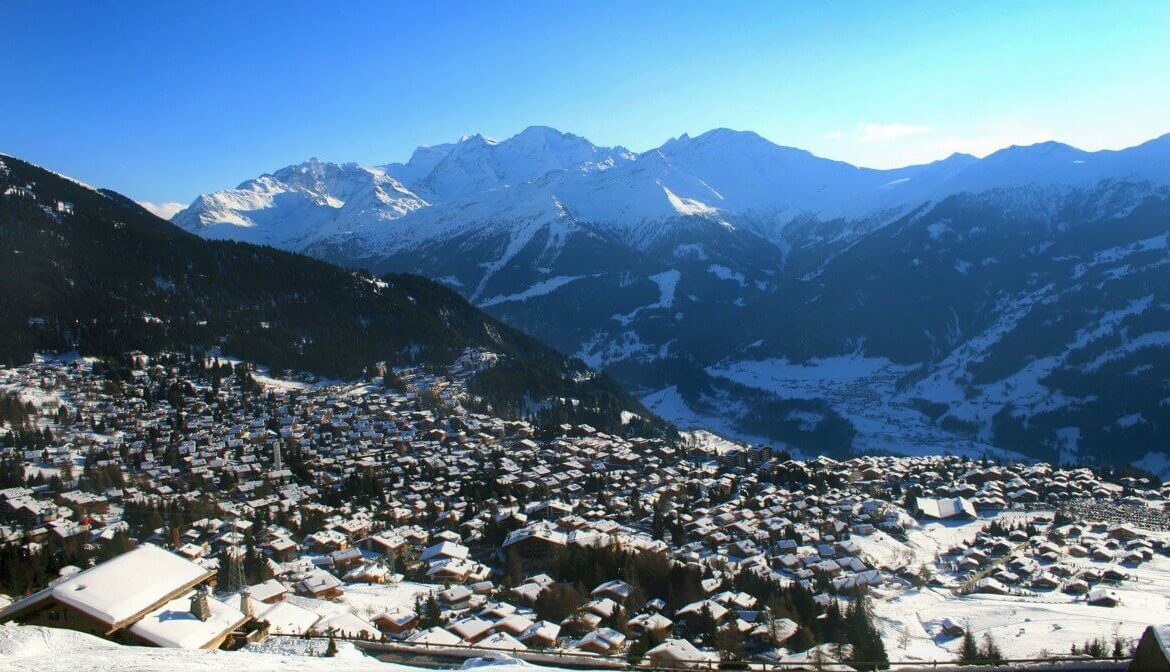 The Alps are one of the principal mountain ranges in Western Europe. Verbier sits in south-western Switzerland, in the Swiss Alps, and it is a very popular ski destination that is adored by thousands of tourists from all parts of the world.

Verbier weather is characterized by heavier precipitation and colder temperatures compared to other parts of the country. At elevations of 1,500 m and above, all types of rain in winter become snow and that snow remains on the ground from November until May or even June.

For a more detailed insight into Verbier weather, take a look below.

Since Verbier is located in the Alps, one has to take into account this mountain range’s incredible effect on weather and climate. The Alps are a natural barrier on which large scale weather systems can be deflected, modified, or even created new from the scratch.

It is worth noting that mild, moist air comes from the west while bitterly cold arctic air comes down from the north. The dry continental air comes in from the east and Mediterranean air arrives from the south. All these factors make weather patterns quite unpredictable and volatile.

Verbier in summer is usually hot in the lower valleys and pleasantly cool higher up. This is due to the fact that the valleys keep the heat thanks to the air that stays in contact with the ground.

But in winter, conditions are reversed and the valley becomes quite cold, since dense air sinks down the mountainside and forms a pool there.

What’s more, this very peculiarity is the reason why locals have built villages partway up the mountain rather than on the valley floors. This allows locals to enjoy pleasant summer breezes while making the most of every winter sunshine.

Weather in Verbier and the overall climate is also impacted to a high extent by the variation in altitude. This variation is the biggest contributor to Verbier’s snow conditions that tourists love so much.

Air temperature in Verbier generally decreases by an average of 6.5°C per 1000m of height gain. Also, as air is only heated by its contact with the ground, strong winds usually sweep the air away in the high mountains before it has time to warm up.

In simpler terms, Verbier can feel relatively warm even in sub-zero temperatures if the sky is clear and the sun is shining. On the other hand, a higher temperature can feel cool if accompanied by a biting cold wind. This wind can also bring the added problems of windburn and dehydration in the dry air.

The thinner or less dense air at an altitude not only makes breathing more difficult, but it also provides less protection against UV radiation than at a lower altitude. Hence, the risk of sunburn is greater without proper sun protection and the risk is multiplied further in snow-covered areas as the sun’s rays are reflected back off the snow.

There are a few unique types of clouds that are likely to appear in the sky above Verbier. Some of them could signal a snow forecast, so it would be wise to take note.

In general, Verbier often sees lenticular clouds which form thanks to high winds that are forced upwards over an obstacle such as a hill or mountain.

These are cumulus type clouds and are commonly associated with the strong winds of the Foehn. The wind shapes the cloud to create a smooth lens-shaped form that may look like a saucer. Tourists and locals often see multiple layers of these clouds form together on the top of each wave.

It is also worth noting that lenticulars are usually stationary even if they form in high wind conditions. The air goes through the clouds so it always renews the water droplets within, and then evaporates as the airdrops down the lee side of the mountain.

Verbier weather is characterized by yearly temperatures that vary from -9.5°C to 18°C. Verbier’s general weather forecast claims that the temperature rarely falls below -14°C and almost never goes above 23°C.

The warm season lasts for around 3 months, starting in June and usually ending in the middle of September. The average daily high temperature is above 14°C. The hottest day of the year is July 26 with an average high of 18°C and a low of 8°C.

The cold season is usually 3 to 4 months long. It starts on November 20 and ends in March and the average daily high temperature is below 2°C.

Verbier’s wet season is about 4 months long. It usually starts at the end of April and lasts until the end of August.

The heaviest rains in Verbier usually take place in May, from May 20 to May 26, while the drier season is around 9 months long, from August 20 to April 30.

When it comes to wet days in Verbier, it is important to distinguish between those that experience rain alone, snow alone, or a mix of the two. Therefore, the most common form of precipitation in Verbier changes throughout the whole year.

Verbier weather is also characterized by considerable seasonal variations in monthly rainfall. The period of rain is usually 9 months long, starting in February and ending in December.

The most rain falls during the 31 days centered around June 4, with an average total accumulation of 8 to 9 cm.

On the other hand, the rainless period of the year lasts for around 3 months, from December to February. The least rain falls around January 7, with an average total accumulation of 5 millimeters.

It is worth denoting that the actual depth of new snowfall is typically between 5 and 10 times the liquid-equivalent amount, taking the ground is frozen. Colder, drier snow tends to be on the higher end of that range and warmer, wetter snow on the lower end.

Also, the snowfall accumulated over a sliding 31-day period centered around each day of the year is considered only. Taking all of that into account, Verbier experiences extreme seasonal variation in monthly liquid-equivalent snowfall.

The snowy period is usually around 8 months long. It spans from October to May and the liquid-equivalent snowfall is at least 2.5 millimeters. This can be seen in any snow report during that period of a year.

The heaviest snowfalls occur at the end of December, with the average total liquid-equivalent accumulation recording 5.5 cm.

The snowless period is usually four and a half months long, from May to October.

Since Verbier is located in the Alps, a more widespread type of wind known as the Foehn can affect it under various meteorological conditions. This wind is warm and dry, it blows down the sheltered side of mountains, bringing an air of very low relative humidity.

Verbier weather parameters indicate that the best time of year to visit this place is in the winter. If you prefer colder weather, visit Verbier from December to February and keep in mind that the ski season starts in November and ends in April.

On the other hand, summer is the second busiest season in Verbier, starting in June and ending in August. Do not think for a second that visiting Verbier during summer is a bad idea, since there are many great things to do and events to attend. One such event is the famous Verbier music festival.

The Alps are never a bad idea and Verbier is certainly always a great destination.

Verbier weather is very good for all winter lovers, but those who visit it during the warm summer days won’t miss out on anything. And if you can’t visit during these two seasons, know that Spring and Fall are usually a bit slower and the prices go down considerably during those seasons. Whenever you come to Verbier, you will need a nice place to stay. Take a look at our list of real estate for rent and you may find your dream accommodation today. 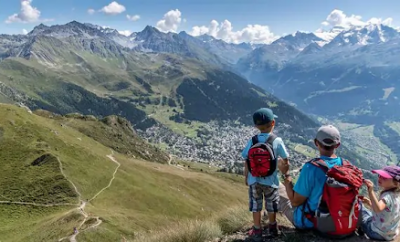 Family Hikes in and Around V...
For all nature lovers, Verbier offers so many things besides skiing. One of them, of course, is hiking. There are so many trails like Sentier des Mines, La Planie, Barefoot Path, Marmot Path, and so on. These family hikes in and around Verbier will make your family vacation unforgettable.
Sep 09, 2021 , 0 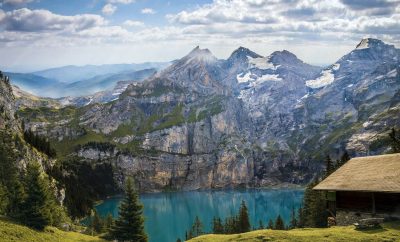 Real Estate Prices in Verbie...
Verbier is a very attractive location for anyone who wants to invest in luxury ski real estate. Switzerland has a good and stable currency, the economy is stable, and there haven’t been any political issues in the country for a long time. However, you need to know the prices and regulations before you think about investing in real estate in the region.
Aug 26, 2021 , 0 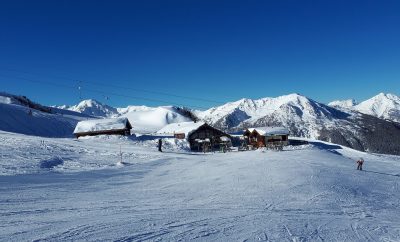 15 Best Bars and Clubs in Ve...
Verbier takes pride in its fantastic club and bar selection that attracts more and more tourists every year. Le Mouton Noir, Ice Cube, Farinet, Bar 1936, Central T… These are just some of the famous bars and clubs people regularly visit when on holiday in Verbier.
Aug 16, 2021 , 0